If you have already joined Nutrisystem, congratulations on taking the first step towards a healthier and happier lifestyle!

If you haven’t joined yet, then hopefully this video helps read more

If you are considering starting Nutrisystem, you probably have some questions. read more

Does Nutrisystem have side effects? Nutrisystem is a popular diet built around the monthly delivery of their packaged, pre-portioned meals.

The good news is that maintaining a healthy weight read more

What you need to know about the Nutrisystem diet – Starting any weight loss program is an investment of time and money, and not every diet will work for every person. That’s read more

You may have seen the recent Nutrisystem ad campaign promising 3 free weeks of their program. So, is it for real, or just misleading advertising? We’ll let read more

What’s the cheapest way to signup for Nutrisystem? So, if you’re looking to join Nutrisystem, you may have noticed that the pricing is different based on what promotion you clicked read more

Turbo 13 Explained: A while back, Nutrisystem replaced their “Lean 13” program with “Turbo 13.” Basically it’s the read more

A Happy Weigh-In, 200 Pounds Gone Forever: I certainly didn’t expect to end this week with the emotions I’ve been feeling in the past 12 hours. From the run last night to this morning it’s been crazy. This day has been 11 years, 5 months, and 27 days in the making and after a great deal of time and a great many challenges I can finally say to the world … I’ve lost 200 pounds.

I started this journey in January of 2007 at 400 pounds with Nutrisystem, later ditched it for Weight Watchers, and today I stand before you weighing in at 199.6 pounds. I stand before you a very happy, humble, energized, and motivated husband, father, and son.

My Scale Is Finally Below 200

It’s like a stage of Le Tour de France … I mean, check out all those hors catégorie climbs. Fortunately though, this stage ends on a decent so the sprinters will have a chance at this one 😉 … if you’re not a cyclist then that won’t be funny at all sorry.

I was going to start this post with all of the cool meanings behind the number 200, things like:

200 — The sum of dollars given in the classical Monopoly game to a player passing Go
200 — An HTTP status code indicating a successful connection (yes, I’m a web nerd)
200 — The smallest unprimeable number, it can not be turned into a prime number by changing just one of its digits to any other digit
200 — Roman Numeral CC

I’m sure I could have went on and on … but then I realized something. This event isn’t about the quirky oddities of a number to me, this isn’t that kind of posting. To me …

What’s the best promo code for Nutrisytem? If you’re considering joining the program, it’s crucial to get the best deal at signup. The confusing thing is that Nutrisystem read more 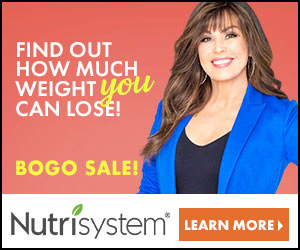 *Note: The information on Wonky Pie is not intended to replace professional health advice. Please consult your doctor before beginning any diet or weight loss program. Also, never eat any mushrooms that you find in the woods.